After decades of decline in violent crime in New York City, recent years have seen a significant increase in homicides and shootings. The New York Police Department reported that murders in the city rose to 462 in 2020—a 45-percent increase from 2019.  The city recorded 1,531 shootings in 2020—a 97-percent increase from the prior year. Is this the beginning of a trend that will lead us back to the “bad old days”? Is it just a COVID-related statistical blip that will soon be forgotten?

At the Crossroads, 2021-2022, a year-long series by criminal justice expert and HFG Distinguished Fellow of Practice Greg Berman, examined these questions to foster a public conversation about community violence in New York and other cities through in-depth interviews with leading researchers, policymakers, practitioners, and advocates.

In the 1970s and 1980s, New York City was an international symbol of chaos and disorder, with many observers concluding that the city had become “ungovernable.” That all changed in the early 1990s. Violent crime in New York City plummeted, with the number of murders reduced by close to 90 percent from its high of more than 2,200 in 1990. By the second decade of this millenium, it had never been safer to live, work, or visit New York City.

Of course, no one is throwing ticker-tape parades for the criminal justice system at the moment. Recent years have been dominated by Black Lives Matter protests, which shined a spotlight on the enduring legacies of racism in the American justice system. These protests have added fuel to a number of local political movements—to close Rikers Island, to halt the building of new jails, and to defund the police.

These developments serve as backdrop for a disconcerting increase in the number of shootings in New York City. What is driving this trend, and what can be done to halt or reverse it? Mr. Berman will explore these questions through this HFG series examining community violence in New York City and other metropolitan areas.

The Foundation published the interview series as a print anthology and held the At the Crossroads Forum in March 2022. Read the report here. 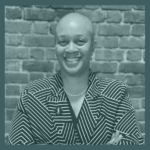 “There Are Clearly Spaces Where Law Enforcement Does Not Belong”: A Conversation with Tracie Keesee

Dr. Keesee has spent more than three decades thinking about police-community relations. She was the first African American commander in the Denver Police Department, Denver’s first female police captain, the first deputy commissioner for equity and inclusion in the New York City Police Department (NYPD) and cofounder of the Center for Policing Equity, an organization dedicated to reducing racial disparities and promoting cultural change within American police departments.

She spoke with Greg Berman, the Distinguished Fellow of Practice at The Harry Frank Guggenheim Foundation, about race and policing.

“You are now hearing some of the same conversations that happened in the ‘90s, that we are going to need more officers to get spiking crime under control. I think we need to be very careful about this.” – Tracie Keesee 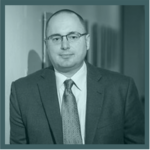 “You Have to Crack Down on Gun Offenders”: A Conversation with Peter Moskos

Peter Moskos, a criminologist and John Jay College professor, is an expert on community policing. His book Cop in the Hood, recounts his experience and insights working as a police officer in Baltimore, Maryland. He hosts the podcast Quality Policing and curates the Violence Reduction Project, highlighting strategies for reducing neighborhood violence.

“Is American policing a bad concept that we’re doing our best with, or is it a good concept with flaws?.” – Peter Moskos 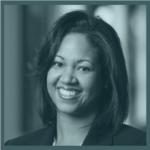 “We Need to Value Black Lives in the Same Way That We Value Others”: A Conversation with Kami Chavis

Kami Chavis is the director of the Criminal Justice Program at Wake Forest University School of Law. A former federal prosecutor, Chavis has spent the bulk of her academic career focusing on issues of police accountability and racial justice.

In her interview with HFG’s Greg Berman, Chavis talks about issues of police reform and the relationship between police violence and the recent increase in shootings in many American cities.

“When you have the type of police misconduct that we’ve seen, it delegitimizes our entire criminal justice system. And so you won’t have the community partners that you need in order to prevent and address the violence that’s happening.” – Kami Chavis 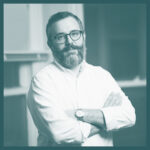 “Violence Is Contagious”: A Conversation with Andrew Papachristos

Andrew Papachristos is a professor of Sociology at Northwestern University. He has been able to show that a relatively small number of individuals are involved in gun violence within any given community—and that these people tend to be connected to one another by a web of relationships.

In his interview with HFG’s Greg Berman, Papachristos talks about his research into neighborhood violence and about the challenges faced by academics who choose to venture beyond the academy.

“Especially in the current political moment, we’re often pitting the need to address structural problems against the need to intervene in the here-and-now. The truth is that we have to do both.” – Andrew Papachristos 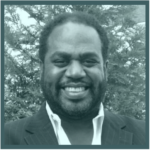 “Why Do People of Color Have to Go to Extremes to Save their Kids?” A Conversation with Joseph Richardson

Joseph Richardson, a professor of African-American Studies and Anthropology at the University of Maryland whose research helped to inform the creation of the Capital Region Violence Intervention Program, a hospital-based program that provides trauma-informed care and psychological services to survivors of violent injury in an effort to prevent further violence and victimization.

He spoke with HFG Distinguished Fellow of Practice, Greg Berman, about his work as a scholar-activist, his take on the recent rise in shootings in American cities, and the relationship between structural violence and interpersonal violence.

“Scholarship should be informing policy or informing programming or changing the narrative with the public.” – Joseph Richardson 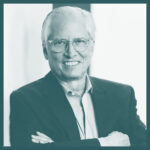 “We Have a Lot of Damage to Undo”: A Conversation with Jeremy Travis

Jeremy Travis has been involved in almost every significant effort to address crime and violence in the United States during the past 50 years.  He tackled a range of crime and violence reform issues through his work with the Vera Institute, the New York Police Department, the U.S. Department of Justice, and John Jay College at the City University of New York where he served as president from 2004 to 2016.

Travis is now the executive vice president for criminal justice at Arnold Ventures where he oversees a portfolio of grants that seek to improve racial justice. In this interview with Greg Berman, Travis reflects on his career and the current “once-in-a-half-century” movement to reform the criminal justice system in the United States.

“We’ve gone so far off course. We are now in a period of fundamental course correction where we have to recognize the harm that we’ve done and undo many of the policies that have promoted this era of punitive excess.” — Jeremy Travis 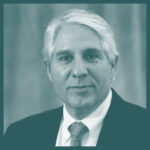 “Evidence Doesn’t Seem to Play a Key Role”: A Conversation with David Weisburd

David Weisburd, the criminologist who led definitive research on “hot spots” policing in the 1990s, says that police should continue to focus their efforts on the places where crime is most concentrated using tactics that will not harm the residents of those areas.

In a wide-ranging conversation with HFG’s Greg Berman, Dr. Weisburd discusses his research and developments in the field amid calls for law enforcement reform in the Black Lives Matter era.

“There is a lot of talk about changing policing, but there is often little investment in programs that go beyond traditional enforcement efforts.”  -  David Weisburd 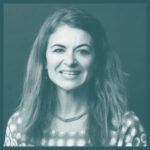 “You Can Reduce Violence But Harm People”: A Conversation with Caterina Roman

Caterina Roman, a professor of criminal justice at Temple University, says we need to be concerned about the spike in homicides seen in New York City and other cities over the past year. 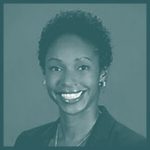 Dr. Shani Buggs, a national expert on gun violence, is assistant professor with the Violence Prevention Research Program at the University of California, Davis. She earned her doctorate in health and public policy at the Johns Hopkins Bloomberg School of Public Health and worked with the Baltimore mayor’s office and police department on violence reduction strategies and policies.

She spoke with HFG’s Distinguished Fellow of Practice Greg Berman about the recent spike in gun violence in New York and other cities.

“Individuals carry today because it's better to be caught with a gun than to be caught without a gun. People carry weapons because they perceive that the system doesn't keep them safe.” -  Dr. Shani Buggs 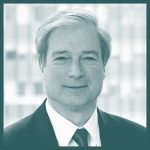 “We’re Losing a Sense of Accountability”: A Conversation with Richard Aborn

Richard M. Aborn is president of the Citizens Crime Commission of New York City which works with law enforcement, government agencies, community-based organizations, and academia to improve public safety through innovation. The former prosecutor spoke with HFG’s Distinguished Fellow of Practice Greg Berman about the current spike in violence in New York City and the need for more research into the trend.

“I'm concerned about whether this de-emphasis on accountability has signaled that we're taking our foot off the gas on violent crime. If you commit violent crimes, the system should respond.” - Richard Aborn 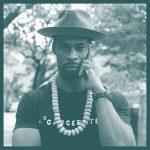 Marlon Peterson is the author of Bird Uncaged: An Abolitionist’s Freedom Song and host of the podcast Decarcerated. After serving a ten year prison sentence for his involvement in an armed robbery that resulted in the deaths of two people, he helped implement Save Our Streets Brooklyn, New York’s first Cure Violence program, which trains credible messengers from the community to help interrupt violence on the streets of Brooklyn. He talks with Greg Berman about his unique history, his take on what’s going on in New York at the moment, and his predictions for the future.

“When somebody decides to pick up a gun, it’s because there's something inside that they're dealing with ... Issues with trauma are always at the root before somebody picks up a gun.” - Marlon Peterson 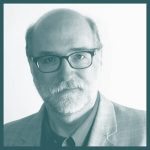 “Social Disruptions Reveal Who We Are”: A Conversation with Jeffrey Butts

Jeffrey Butts, the director of the Research and Evaluation Center at John Jay College, talks with Greg Berman about the recent spike in homicides during the pandemic in New York and other cities. Dr. Butts discusses the analysis of administrative data to understand patterns of violence and what violence interventions work to reduce violence. He says we need to look beyond law enforcement tactics to prevent violence.

“Anyone who thinks that the way to improve public safety is to invest in law enforcement is just pushing us further down the path toward a police state, where the only public safety we have is purchased and maintained through force and coercion.” - Jeffrey Butts