The siege of the U.S. Capitol on January 6, 2021, was only the most recent violent incident demonstrating the enduring threat of the white power movement, a transnational cause that took form in the 1980s but has older historical roots. In this HFG Research and Policy in Brief, The White Power Movement at War on Democracy, University of Chicago historian Kathleen Belew relates the origins of the white power movement and connects its most violent manifestations–from the bombing of the Oklahoma City federal building in 1995 to the 2021 siege of the U.S. Capitol—as part of a global, distributed effort to assert and maintain white dominance. In doing so, she exhorts scholars, policymakers, and law enforcement officials to understand and address disparate acts of violence as part of a larger movement. 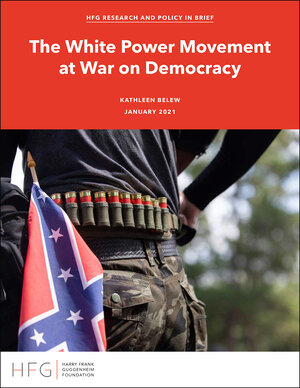