As jurisdictions throughout the U.S. consider reducing or eliminating the use of pretrial detention and cash bail, criminologists Don Stemen and David Olson of Loyola University Chicago examine whether crime has increased in places that have implemented bail reforms since 2017.

In Is Bail Reform Causing an Increase in Crime?, the authors examine eleven jurisdictions that constrained or ended use of these long-established practices and found “no clear or obvious pattern” connecting bail reforms and violent crime.

They conclude that “reducing pretrial detention and eliminating money considerations from decisions about detention have had minimal negative effects on public safety” and that, considering the harmful effects of pretrial detention on defendants, bail reforms might, in fact, “improve the well-being of communities most impacted by crime.” 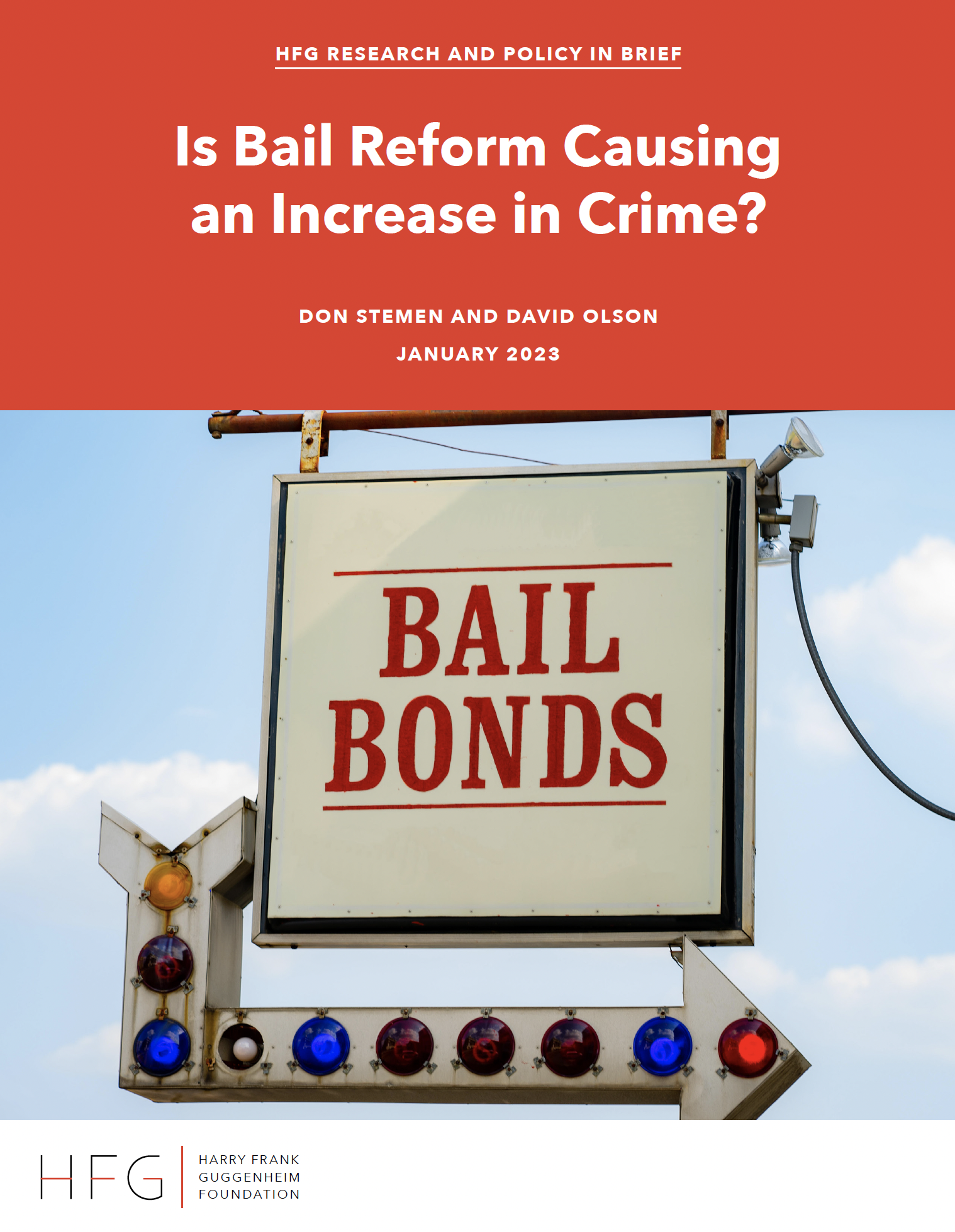